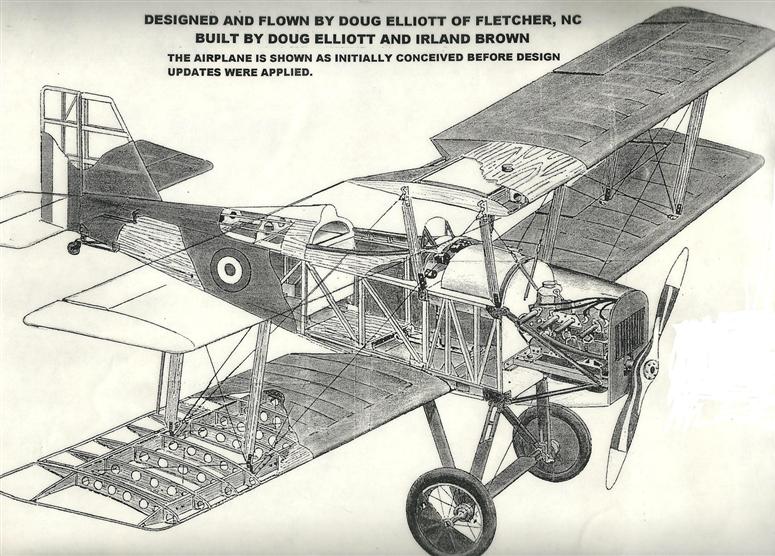 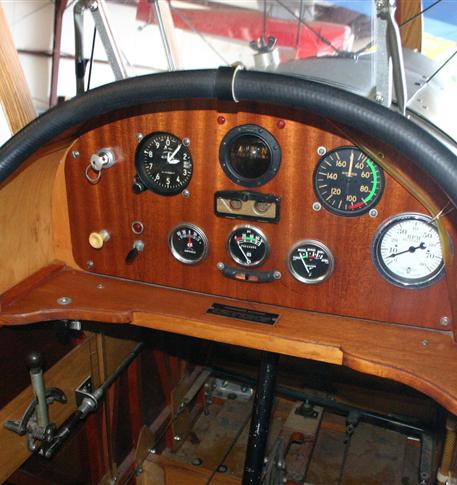 This airplane is a full scale replica of a 1917 British SE-5Pursuit, World War 1 fighter aircraft. It was built by Doug Elliott and Irland Brown who were looking for a nostalgic plane that could be flown with a small 40 hp engine. Doug did most of the design work. Irland not only helped with the construction, but actually carved the propeller.

After proving it could fly with afew flights, they donated the plane to our umseum. Since this aircraft is home-built it is classified as "Experimental" by the FAA. The engine currently installed in the plane is from a 4 cylinder from a Chevrolet S-10: Thus came the name "Iron Duke"

The builders connected the prop directly to the engine. There is no reduction arrangement as is common in most auto engine conversions. This design means that the engine can not be allowed develop its maximum horsepower. The propeller would go sonic and no longer produce thrust.

Sopwith Camel, but was noticeably faster and quieter. Powered by a 150 HP (112 kw) Hispano-Suiza V; the SE.5 entered service on the Western Front in April 1917. The adoption of a more powerful engine, a 200 HP (149 kw) Hispano-Suiza, led to the SE 5a version, which otherwise offered only a few differences from the SE.5. The first examples of the new model appeared in the mid-1917 and replaced the SE.5 gradually. Undoubtedly the SE 5a was handicapped at this time by the unreliability of its engine and by the limited effectiveness of Constantinesco synchronizing gear. It was the first Allied scout with 2 machine guns: a Lewis gun on a Foster-mount on the top wing, and a side-mounted Vickers gun in front of the cockpit. As soon as these problems had been resolved, the British biplane became a fighter with formidable capabilities. Toward the end of the War, some SE 5a's wereemployed in close support missions, armed with light bombs. The combined production of the SE.5 and the SE5a reached 5,205, including some modified as two-seaters.

S.E.5-A British Fighter - World War1
The Royal Aircraft Factory S.E.5 (Scout Experimental #5) was without doubt the most successful plane produced by this firm.
A single-seat biplane with dihedral wings, H.P. Folland's design team focused on making it easy to fly. This characteristic enabled the Royal Flying Corps to entrust the plane to relatively inexperienced pilots. Thanks to the efforts of the engineers, this aircraft was

as almost as maneuverable as its contemporary, the 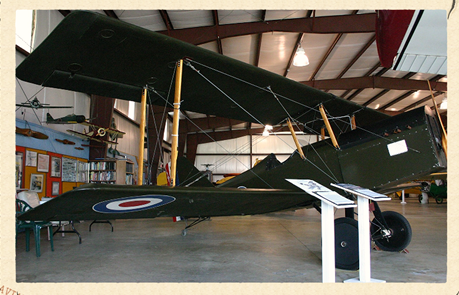