Clement would work to keep the  aircraft as close to original as possible during the restoration process. The only real major change being the installation of Bendix 30x5 wheels with mechanical brakes and a Scott tailwheel instead of a skid to make it safer to operate on modern airports.
All fairings, floor boards  and supporting structure was replaced; along with a new  stainless steel firewall being added.
The aircraft was then recovered with Grade A cotton and finished with butyrate dope. The instruments are of proper era with only the compass and airspeed needing overhaul. A vintage brass fire extinguisher rounds out the cockpit. 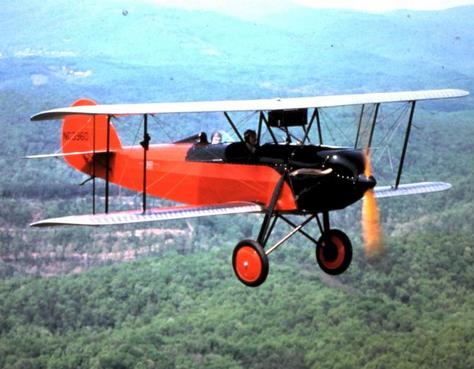 This Waco Ten, Serial number 1171, came  out of the factory in the fall of 1927 and was delivered to Knapp Flying Service, Ypsilanti , Michigan the Waco distributor for the  Michigan area.  The plane would pass through a number of hands and a couple states, before being purchased by  Clement  Armstrong in June of 1956.  He would place it in storage for restoration at a later time: Which would be several years later in 1974 before any serious restoration work begun. ​