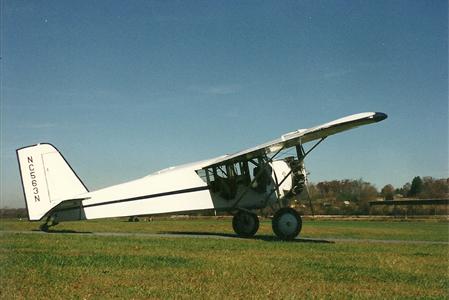 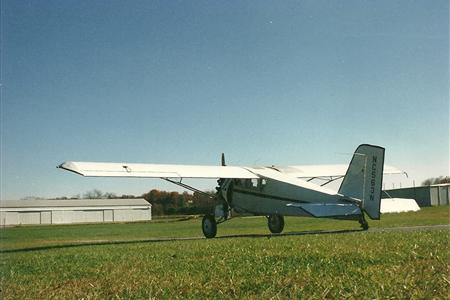 The Robin you see here in the museum is on loan to us by it's owner, Elizabeth Nichols. She and her late husband "Red" purchased the aircraft a number of years ago and flew it regularly until the time of his death in the mid 80's. After his death the plane sat idle in the hanger and Mrs Nichols did not particulary want to sell the aircraft.  In 1993 members of the museum approached her about placing the Robin here on loan and she was delighted with the idea and thought our museum would be a wonderful place for all to see this magnificent airplane.

As a symbol of his last name, Red used the buffalo nickel as his moniker and had two giant nickel plaques made to go on the Robin's  engine cowling.

Primary Use:     Private and Commercial

The Robin, a workmanlike cabin monoplane had a wooden wing and steel tubing fuselage. The cabin accommodated two, and or three, passengers seated side-by-side behind the pilot. Early Robins were distinguished by large flat fairings over the parallel diagonal wing bracing struts, which were abandoned on later versions when found ineffective at creating lift. The original landing gear were bungee rubber cord shock absorbers, later replaced by an oleo-pneumatic system, a number of Robins had twin-floats added.

Gas capacity: 50 gal  (25 gal. in each wing tank), Oil capacity: 5 gal.    Price at factory field was $7,500.
Military service:
A single modified Robin (with a 110 hp Warner R-420-1) was used by the United States Army Air Corps, and designated XC-10. This aircraft was used in a test program for radio-controlled (and unmanned) flight.
A Curtiss Robin C was purchased by the Paraguayan government in 1932 for the Transport Squadron of its Air Arm. It was intensively used as a VIP transport plane and air ambulance during the Chaco War (1923-1935).
This Model: Robin 4C-1A Four-seat version with an enlarged forward fuselage section; is 1 of the only 11 ever built.

The J-1 version was flown by Douglas Corrigan (nicknamed "Wrong way") as well as The Flying Keys, who set a continuous653 hr. of flight, endurance record. 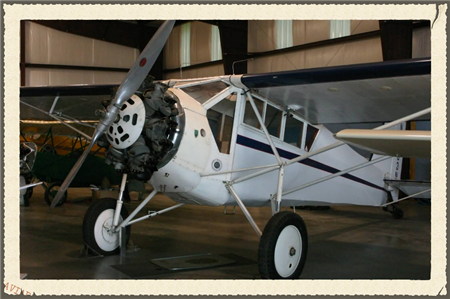