Aircraft was Generosity  Donated by the family of  Mr. Buck Weaver 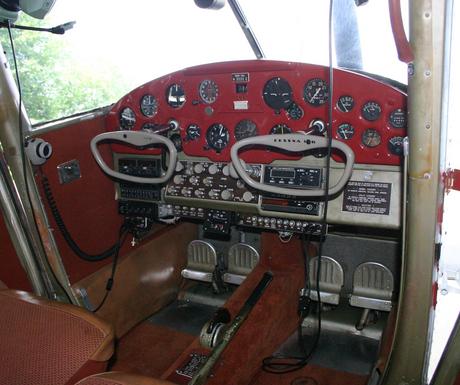 In 1949 Cessna began marketing the 170A, an all-metal 170 with zero-dihedral wing tapered outboard of the slightly-enlarged plain flaps, and a single strut replacing the "V" strut of the 170. This and subsequent versions of the 170 shared the fin/rudder shape of the larger Cessna 190 and 195 models.
In 1950, the United States Air Force, Army and Marines began using the military variant of the 170, the Model 305, designated the L-19 and later O-1 Bird Dog by the military. It was used as a forward air control and reconnaissance aircraft.
The Bird Dog was extensively re-designed from the basic 170 and included a revised tandem-seat fuselage and wing with large modified-Fowler flaps thatdeploy up to 60°.
In 1952, the Cessna 170B was introduced featuring a new wing tapered outboard of the flaps, incorporating dihedral similar to the military version.The B model was equipped with very effective modified-Fowler (slotted,
rearward-traveling) wing flaps which deflect up to 40° adapted from the C-305/Bird Dog, a wing design that lives on in the Cessna light singles of today. The 170B model also included a new tailplane, a revised tailwheel bracket, and other refinements over the 170 and 170A. It was marketed in 1952 for $7245.
In 1955, the previously elliptical rear side windows were changed to a more square design. The 170 is equipped with conventional (Tail wheel) landing gear, which is more challenging to land than tricycle landing gear. In 1956, Cessna introduced a replacement for the 170 that was essentially a nosewheel equipped 170B with a square fin, designated the 172. 170 production was halted soon after the 172 became available. Over 5,000 Cessna 170s were built and over 2,000 are still in service today.

The Cessna 170 is a light, single-engine, general aviation aircraft produced by the Cessna Aircraft Company between 1948 and 1956.
In late 1948 Cessna began sales of the 170, with metal fuselage and tail and fabric covered constant-chord wings. These earliest 170s were four-seat versions of the popular 140 with a more powerful 145 hp (108 kW) Continental C-145-2 and larger fuel tanks. Like the 140, they were constructed of metal with fabric-covered wings supported by a "V" strut. 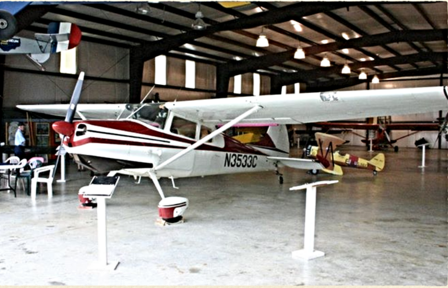