aluminum or even the best wood/tube/fabric Cassutts. Industry-built aircraft using autoclaves and vacuum bagging techniques to squeeze out excess resin from the graphite are better than the older designs. Composites allow more complex shapes and should provide better aerodynamics, but you won't win from 3-4 seconds back.

A couple of other #3 items of interest. The wing planform was determined in part not by aerodynamics but the California trailer laws. We needed to trailer the plane and the outer wings were screwed on through the spars and skins with #10 bolts; the plane sat on it's wheels so the overall width, less outer wings, had to be less than 96 in. It would still be legal today but needs a few engine changes, a Steve Hill prop and smaller wheels and wheel pants to be competitive. Another reason that it was successful is that it was only a little over 500 lbs empty without paint or wheel pants.

Weight is absolutely critical with standing start races, something that the home-made composite builders seem to have forgotten or are unable to match compared with . 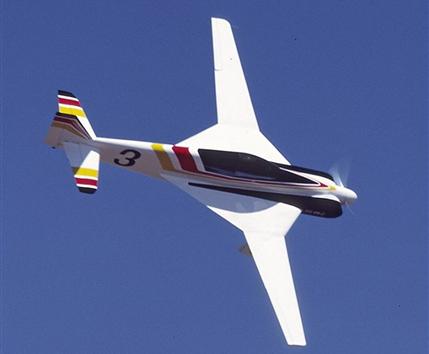 legal and was never banned for that reason. John Parker won with it in 1979 and 1980 but by then the rules were being changed again to embrace the Europeans and the remnants of USARA.

John was interested in a free-er world and decided to go cross-country racing with it, by adding a long belly tank behind the oil tank. There were also some compromises made with the control system that caused wear. Flying over the mountains in a temperamental F1 turned out to be not much fun and John donated the plane to the EAA Museum, who later would go on to transfer the ownership to the Western North Carolina Air Museum.
The airplane had several innovative features apart from the wing. It was all aluminum with cowling and wheel pants hand beaten by Mickey Mahoney, Lee Mahoney’s dad, and builder of Sorceress. The fuselage was a pure monocoque made of two pieces of curved aluminum riveted to formers, the longeron was the return flange on the lower fuselage skin. I know this well since being the smallest members of the team, my son and I had to crawl in and hold the bucking bars while John shot the rivets. The fuselage was very small with the mid wing lined up with the engine cylinders. The carburetor and oil tank were flaired in outside the basic mold line. The width was such that normal pilots had to fly side-saddle with small longeron extrusions digging into their shoulders. It flew very well but was difficult to land because the huge center section blanketed the tail once it came down on the runway.

'The Wild Turkey' (The Parker's Original Race Name) was designed by a Brit, John Cook who was designing and building a four-place Cherokee replacement at the Torrance Airport, home of the DeLuca, Wagner and Parker race teams. John Cook had never seen a race and just read the rules where the 66 sq.ft. wing area (excluding fillets) included area within the fuselage. We felt that none could conclude that a multi taper wing like that was a skinny wing with huge fillets. It was legal by the old F1 rules as far as I am concerned, but did not race until ‘77 under IXL with Bob Drew as pilot. It is still 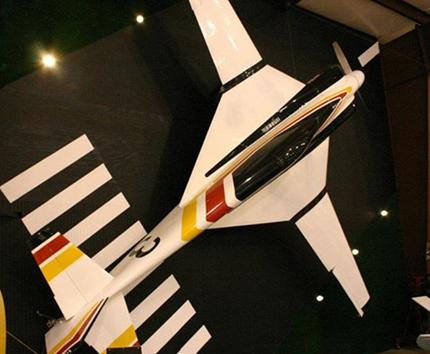