The Sportfire  is covered using the Stits process over 2.7 oz. fabric. The colors are Poly-Tone.

This aircraft is similar in size and performance to the Taylor Monoplane, Taylor Tich, KR-1, and Sonerai 1. The desgin conforms as nearly as possible to the requirements of FAR 23 and the selection of materials, construction methods and standards of workmanship are intended to meet these requirements.

The design loads required for th utility category are used and critical portions of the airframe have been stress analyzed and in many cases static tested.

After completion a formal flight test program, borrowed from the old C.A.M. 04, was flown to evaluate stability and control. In the course of this flight evaluation, the airplane was spun in both directions, looped, rolled in both directions, (barrel rolls), checked for control surface flutter from maneuvering speed to VNE =20 mph., and the canopy was opened in the flight at pattern speeds.It had performed as predicted (in some cases better) and is a true thoroughbred - a joy to fly.

This airplane is one of a kind : Designed, built and flown by Bob Gilbert EAA 4900

The Sportfire  is a  single place, single engine, low wing cantilever monoplane, with fixed tailwheel type landing gear. No flaps are fitted. The cockpit is enclosed by a sliding (military style) bubble canopy and fixed windshield.

This airplane was designed to obtain the best possible performance from a 1700cc Volkswagen (Monnett Aerovee), automotive engine conversion.Plus be structurally sound enough for recreational aerobatics (load limit of  +/- 4g's), and to have ample control surface area and angular travel for excellent control authority near the stall.

The airframe is shaped to resemble, as much as possible, the Mark 24 Spitfire. The structure is conventional semi-monocoque fuselage with cantilever wing and tail surfaces.

The primary structure is laminated Douglas-Fir and Birch aircraft plywood. The secondary structure (all leading edges and control surfaces) are 2lb./cu.ft. urethane and styrene foam skinned with Rand 6 oz. fiberglass cloth and Dow 330 epoxy resin. All hardware is A.N. Spec. 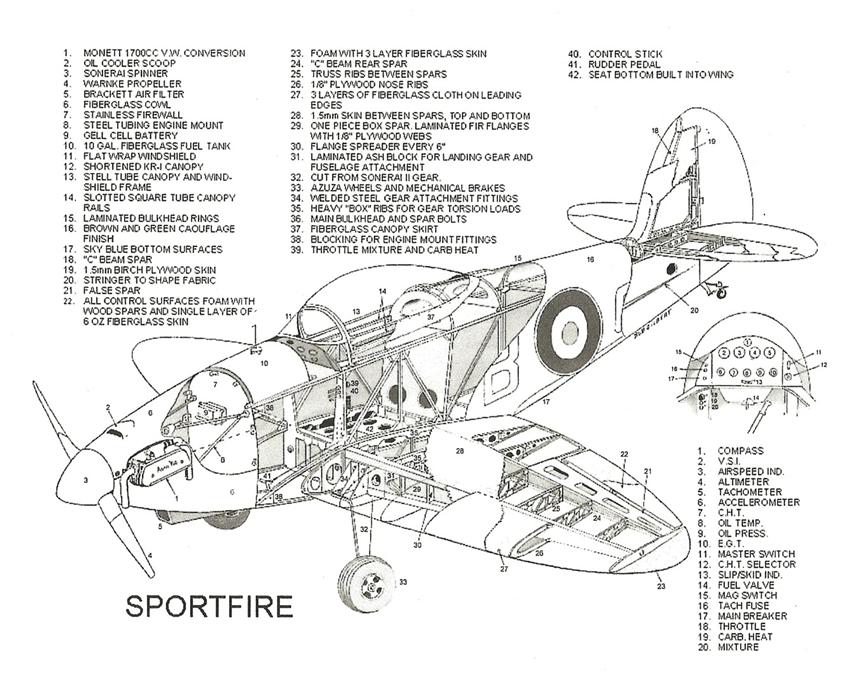 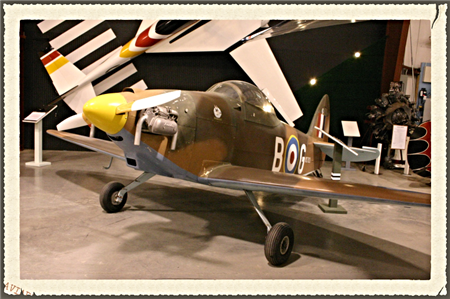