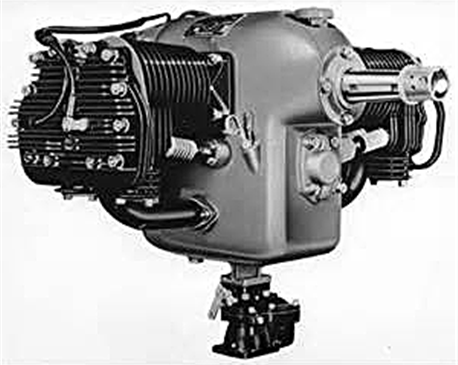 The J-2 is a high-wing, strut-braced, tandem cabin monoplane, with welded steel tubing fuselage and tail surfaces. The wing consists of solid spruce spars and built-up riveted aluminum ribs and the leading edges are covered with thin aluminum sheet. The landing gear is of the split axle type with bungee cord shock absorbers and the 7.00 x 4 wheels are not provided with brakes.
The early models came with a leaf-spring tailskid and later options offered brakes and a steerable tail wheel. The entire airplane was fabric-covered. Most production models were equipped with the four-cylinder 40 hp Continental A-40-4 engine and a Sensenich wooden propeller. Most of the early model Cubs were painted dark red and silver; not until later J-2 production and the J-3 did the famous "Cub Yellow" became prevalent.
In 1930, the Taylor Company went bankrupt, but Piper bought the assets for $761 dollars and retained Taylor as president.

The aircraft received a Continental A-40 engine and became the Taylor E-2, resulting in sales of more than 300. Still not satisfied with the design and acting on owner suggestions, Piper hired Walter Jamouneau in 1935 to improve the aircraft.
Jamouneau designed rounded wing tips, a curved rudder and fin, a true cabin, and a shaped and faired turtle deck aft of the wing; the Taylor J-2 (J for Jamouneau) emerged.
Not pleased with the new design, Taylor first fired Jamouneau but ran afoul of Piper and left the company in 1935 to found Taylorcraft Airplane Company in Ohio. Piper rehired Jamouneau and about 695 Taylor J-2s Piper were produced at Bradford until the factory burned to the ground in March 1937. Piper moved the company to an old silk factory in Lock Haven, Pennsylvania, and began production again in July. By November the
aircraft name changed to Piper. In all 1,547 E-2/J-2 Cubs were built from February 1931 through May of 1938. 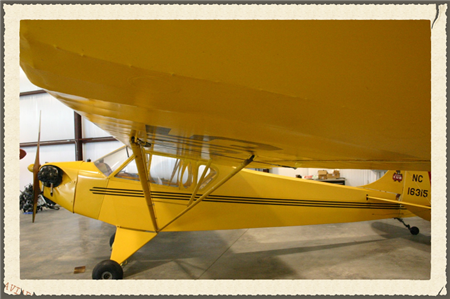