President George W. Bush on September 5, 1992 visited the Western North Carolina Air Museum during his campaign for reelection swing to see the Oshkosh Champion Stearman N2S-4. After being greeted by Retired Lt. Colonel Bill Schreier, the then President of the museum and his wife Caroline, President spent about 15 minutes looking over the Museum's Stearman. Ignoring the heavy rain falling at the Museumtook the time to admire the type of aircraft in which the President and Lt.Colonel Schreier plus many other pilots learned to fly in during World War II.The President was most gracious and very appreciative that the Stearman was made available for him to inspect in such bad weather.

generations with a tax deductible donation. We thank you for your support.

The museum continues to grow. As we acquire more of the aircraft that are a vital part of aviation history and institute youth education programs:We find ourselves  again needing to expand our facilities.

In April 2014 the museum enters it's 25 year of providing a place where young and old are able to see touch and learn about the planes and people that lifted a generation into the age of flight.  So Come and Visit Us Today!

As the museum continued to grow the decision was made to expand our facilities. In the spring 2000  construction began on a lower hanger that would be used as rental hangers for member's aircraft and as a source of future income for the museum. Part of the agreement with the members who would rent these hangers; was and still is that any aircraft housed in these hangers would be open to viewing by museum visitors. Construction was of these hangers were completed September of 2001  and the hangers began receiving its first renters shortly there after.

Land was acquired from Mr. Leland Johnson on "Johnson's Airfield" which is adjacent to the Hendersonville Airport for the building site. Soon after plans for the museum where approved and building began.

Construction of the hangar which is now the permanent home of the Western North Carolina Air Museum  was completed on schedule in January 1993. The grand opening of the Air  Museum took place on Saturday, May 22 of that year.  An addition to the Museum hangar was later constructed, and it was opened to the public early in 2008

A Stearman N2S-4, a North American SNJ-5/AT-6 and the 1928 Heath Parasol were  available initially,  A Stearman N2S-3 and a Fairchild PT-19 were also part of  the Air Museum's initial inventory, but all of those aircraft except the Heath Parasol have since been sold  or are otherwise unavailable for display in the Air Museum.  The Oshkosh  Champion Stearman N2S-4 was sold in March 1997, and the SNJ-5/AT-6 was unfortunately crashed and totaled, it too is no  longer here at the museum.

After the Air Museum was founded, the top priority project was the  construction of a hangar in which the Air Museum's aircraft could be  displayed. 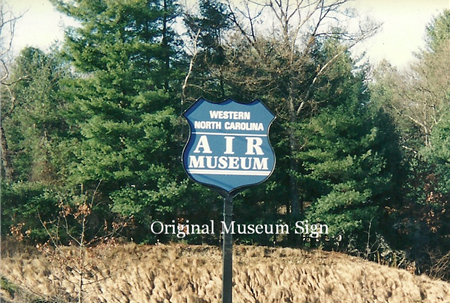